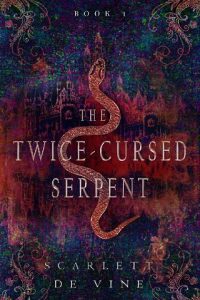 Caes’s father was the prophesied hero who was supposed to save Ardinan from the Malithian Empire—but he failed. Reviled and used as a scapegoat for her kingdom’s anger, Caes is given to the enemies her father died fighting to destroy. While the Malithian emperor allows Caes to live at court, she is constantly guarded by Soul Carvers—undead magic wielders whose power stems from what killed them. Worse, Malithia’s crown princess believes Caes should be executed because the princess, thanks to a prophecy, sees her as a threat to her succession to the throne—and this princess has already murdered for less.
Alone in a treacherous court, Caes finds the one thing that might save her life–making a perilous bargain with Malithia’s patron goddess, granting her one year of safety during which she must figure out how to awaken a cursed god who is trapped in stone. If Caes succeeds, freedom is hers. If she fails, she forfeits her life. Desperate, Caes seizes on the one scrap of hope–the attention of Alair, one of her Soul Carver guards, who surprisingly offers to aid her.
Caes must figure out how to break the thousand-year-old curse while navigating the brutal court and the princess’ ever-present threats. As she and Alair work to break the curse, they grow closer–but as a Soul Carver bound to the empire she hates, Caes doesn’t know if Alair will ultimately be her salvation, or her ruin…