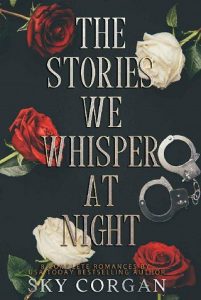 8 tantalizing tales of romance by USA Today bestselling author Sky Corgan. From handsome soldiers to rugged alphas, this variety pack spanning multiple romance subgenres has something for everyone. Inside, you will find the following books, all of which are complete stories. These are the stories we whisper at night!

HIS POSSESSION
Amory’s parents messed with the wrong guy. To pay off their debt, Amory is given to the mafia boss’ son, and he plans to do whatever he wants to her.

THE CABIN
It’s every girl’s dream, getting rescued by a handsome stranger. When I woke up and saw Kit Green standing over me, I thought he was an angel. I didn’t see the dark wings.

THE VIRGIN DATING GAME
Losing your virginity should be epic. But what happens when you’re nearing thirty and the right man hasn’t come along? Apparently, you sign up for a crazy dating game at a club.

TWO MUCH FOR YOU
Two weeks ago, two of the dreamiest men I’ve ever seen moved in across the street. Never in a million years did I think they would show up on my front doorstep. And what they want is far from conventional.

THE DEATH OF A CALL GIRL
I knew she was trouble from the first moment I saw her. She looked like an angel in that dress. Once I was inside, nothing else mattered. The angel is dancing with the devil, but I’m already in too deep.

THE SNOWMAN
Building a snowman and wishing on a star feels like child’s play until a mysterious man shows up on Ferne’s doorstep in the middle of the night. After listening to his outlandish story, Ferne can’t quite figure out if their meeting was by chance, or if something magical is happening.

OPERATION RESOLUTION
I made a New Year’s Resolution never to let a guy use me up and spit me out again. It was time to turn the tables. To use them as my playthings. Then I met Matt…

TOUCH OF THE ALPHA
Karen was sent away to Sky High Ranch for werewolf reform, but nothing is as it seems at the facility, including Carter, the Regional Alpha. Carter’s wolf is strong, and he’s hungry for Karen’s curves.