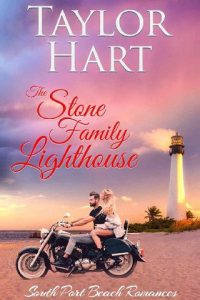 A man who’s been left at the altar. A woman who doesn’t need any help! Will they give each other a second chance?

Marshall Stone didn’t become the kind of helicopter pilot that extracts Delta Force and Navy SEALs by being a wimp. No. He has grit and he demands that same grit in everyone around him. Too bad that getting left at the altar and grounded from flying makes him question himself. But, he’s fine. More than fine. Coming back to South Port to help with the Family Inn is easy work until he runs into Kat Dixon. The girl who had once been his best friend, until she’d dashed his heart to pieces ten years ago.

If Katherine Dixon, had learned anything, it was that life wasn’t fair and you had to work like crazy to get what you wanted. After losing her husband the previous year, she’d been running a bakery and deli all on her own. Not to mention raising her nine-year-old son. When her car breaks down and none other than too big for his britches, Marshall, shows up she tells him she doesn’t need his help. She doesn’t want his help. She wouldn’t take his help if she were hanging from a cliff and holding on with one hand.

Good thing—he helps her anyway. When a stalker keeps showing up, leaving strange things for Kat and clues to the Conquistador’s gold fall into their hands, they must make a decision; trust each other or fall for the lies of the past.