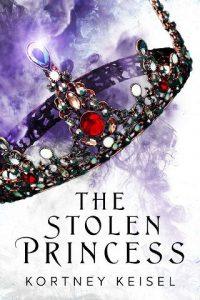 She’s falling for a man she hates. He’s betting on her trust.

Princess Mykaleen Adler would do anything to save her dying father. But, when she’s kidnapped by a rival kingdom’s commander, her devotion wavers. Developing feelings for her enemy could destroy her future and her kingdom. Unless her charming captor is the one person telling her the truth.

Drake Vestry’s focus is on finding King Adler’s deadly weapons. Unfortunately, the only way to the weapons is through the king’s daughter, who happens to be the most distracting and entertaining assignment he’s ever had. Gaining the princess’s trust might mean losing his heart forever.

She’s fighting for her kingdom. He’s committed to his mission. Can they find their way together, or will broken trust be the most destructive weapon of all?

Perfect for fans of The Selection Series. This is the third book in the Desolation Series and should be read AFTER The Promised Prince.