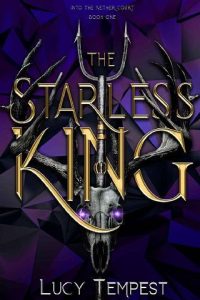 Night after night she roams, driven by an irresistible lure, until she meets the outstretched hand of Death—and reaches back.
Cora has seen it all in the years of travel, training and trauma preparing her as the next Mistress of the Granary, the world’s greatest farming region. From now on, her life will be rooted to the land she loves and nothing can shake her resolve, let alone scare or surprise her.
Then her lookalikes start turning up brutally murdered, and a god abducts her cousin.
Despite nearly matching him in strength, her mortal form can’t withstand his brutal magic. When Death arrives, the connection she felt the fateful night before returns tenfold.
Instead of taking her life, the enigmatic God of the Underworld transports her to his dreaded Nether Court, where he gives her an ultimatum. He has two problems: The King of the Gods is missing, and his suspected descendants are being eliminated. And after he refused to take the throne, the gods demanded he takes a wife. She will be his undercover agent in his investigation into the god’s disappearance—and his chosen contestant for a Goddess of the Underworld.
Forced to compete against the gods’ immortal candidates, she mustn’t only survive impossible odds, but also the terrible danger of igniting the desires of Adamantus, the cold, lethal king who never wanted anything before her.
As their ill-fated connection plunges into unforeseen depths, so does the mystery that surpasses their worst fears. There’s a divine succession war brewing, and it threatens to destroy both the mortal and immortal realms—and she is at the center of it all.