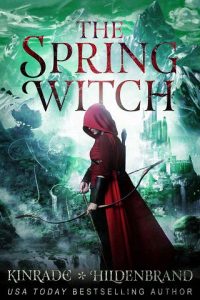 The town of Honeysuckle has always dwelled within the shadow of the kingdom of Zyndale, protected by the royal family and their fae magic. When they were overthrown by the dark fae, Honeysuckle became oppressed by an evil king, as were its people. Now, they live in squalor, fighting over breadcrumbs and abused by the elite who were once sworn to protect them.

I have spent my life on the edge of that town, an outlaw who steals from the rich to give to the poor.
But that’s all about to change. The false king is throwing a ball to secure a wife for his son, the future ruler of our lands, and I’m going to crash it and pull off the biggest heist this kingdom has ever seen.

There’s just one complication. A mysterious stranger who is too sexy for his—or my—own good, and who is making it impossible to stay invisible. He’s given me a way into the ball, but he might be the reason I can’t get out.
By the time the clock strikes midnight, the kingdom of Zyndale will be forever changed, and so will my life. Again.