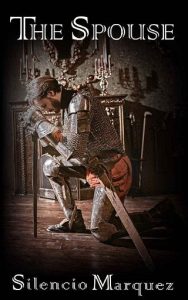 Fiore is a prince from a country that’s just been destroyed by an invading king. The king gives him the opportunity to live, but only if he marries one of his generals. Fiore agrees knowing that this is the only way he’ll be able to get revenge for the death of his family.

General Kael isn’t sure about his new spouse though. A world wearied general who has spent most of his life fighting the wars of his king, he never thought he would marry again after the death of his wife.

At first they’re both sure that they could never love each other. Then, a weekend hunt and spending some time together brings the two together in a way they never thought possible.
Their happiness is thrown into chaos when Fiore’s young nephews, who are supposed to be dead, show up on their doorstep. Both Kael and Fiore know that if anyone finds out they’re harboring the two young fugitives, they’ll all be killed. They take the risk but are soon found out.

Kael sends Fiore and the boys toward the border while he stays behind to face his king’s wrath alone. Now Fiore must find new allies and march on the evil king if he ever wants to see his lover again. It’s do or die now and Fiore will do anything to reclaim both his lover and his stolen throne.