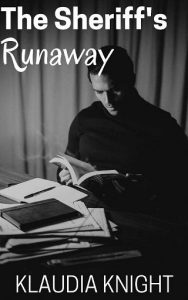 Thieves don’t hug and kiss alpha men from opposite sides of the law. No matter how much they want to.

When Meadow stole her cop stepfather’s money, and used his car to run away, she didn’t feel an ounce of guilt. Her step-father was not a good man, and he deserved much worse.

But when she arrives in Lemon Tree Hill, under a new identity, she’s drawn to strong, protective Lincoln, in a way she’s never been before. When she sees him, she feels safe for the first time in her life and she can’t help having some really dirty thoughts about what she’d like him to do to her.