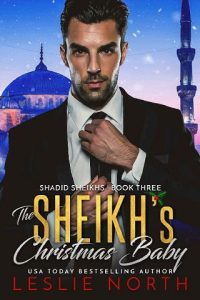 Their passionate affair ended in heartbreak when he left without warning. When he returns unexpectedly, can their heat melt away the hurt of the past?
Kashif Shadid has always craved adventure. With one last chance to win the Iditarod dog sled race before assuming his role as Sheikh, he’s returned to the Alaskan wilderness to train at a legendary sled dog farm. But returning means coming face to face with Kristy Cohen, the woman who captured his attention years ago. He’s thrilled once again by her icy beauty, but her farm is facing financial ruin. Kashif’s eager to take control, however, getting her to agree with his plans may be a challenge.
Kristy Cohen works hard to keep her sled dog farm afloat while raising her young daughter. Faced with declining revenues and a changing climate, Kristy’s struggling, but she’s not willing to turn her back on her business model. When Kashif Shadid shows up out of the blue pushing her to make changes, Kristy’s response is as cold as the Alaskan snow. She fell for tall, handsome Kashif once before. After four years without a word from him, she won’t be making that mistake again. And she’s certainly in no rush to trust him with the truth about her daughter. Their daughter.
This time, Kristy’s guarding more than just her heart. With her farm and her child’s happiness to consider, can she ever risk taking a chance on Kashif again?