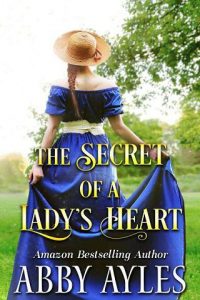 A sudden move to London allows for the Morrison sisters to uncover a beloved piece of their past, one that will pave the way for their future.

Anna Morrison, daughter of a merchant, and Peter Bridgerton, son of Duke of Bridgerton they used to live in Surrey, during their adolescence. They were best friends and Anna had already started having feelings for him. When Peter left for London, this friendship would be lost in time…
For the next three years, Anna was trying to forget about Peter but she couldn’t imagine how her life would change when her father died within a month from an illness. She and her sister had to find a job to make ends meet since they had lost her mother years ago. They will have to live with their uncle who lives in London, but he can’t keep them and they need to find a decent job.
To her surprise, Anna will meet Peter at a ball the Duke had arranged. He was engaged to a young lady named Margery Simpson. After Peter learned about Anna’s father, he proposes to the sisters to come to his manor to work as a cook and maid.
Both sisters accepted his offer and moved to his manor. The only problem was Lady Margery, who seemed a grumpy woman and was manipulating Peter to accommodate her desires.
How would Anna help Peter realize not only that he was engaged with the wrong woman, but also that she was there for him, not just as a friend?