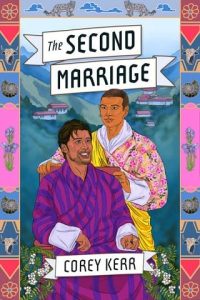 Prince Taral only agrees to the marriage because he knows it won’t last. He’ll reject his new husband when he goes into heat, and then the marriage will be dissolved.
He’s wrong. They bond instead.
Taral is determined to keep his distance, but that proves to be a challenge when Sejun is so cheerful, so charming, and so intent on luring Taral into his bed.
Tormented by his past, Taral grapples with his new feelings even as his marriage unexpectedly blossoms. When a diplomatic mission to a faraway country tests the limits of Taral’s grief and devotion, he’s forced at last to choose between old love and new.