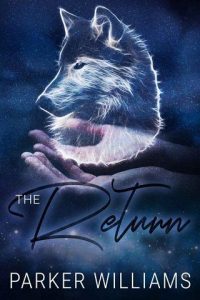 The day Jonas Brodie met Corey Mills, his whole life was mapped out. He knew without a doubt Corey was his mate. After Jonas nearly killed someone, his father was forced to separate the two without explaining the reasons to Corey.

Corey Mills has been head over heels for Jonas forever. A simple touch from his friend could soothe Corey where nothing else could. After being beaten by a classmate, Jonas storms off, and for the next six years, Corey hasn’t heard anything from him.

Now he’s back, and boy, has Jonas changed. He’s returned to Harken’s Corners to claim what he was forced to leave behind. His mate. He’s ready to turn Corey’s world upside down, but then Corey lets Jonas know he has a secret of his own.