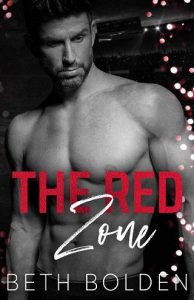 Spencer’s deep in the Red Zone and it’s time to even the score.

Nine years ago Spencer Evans became the first player out of the closet to be drafted into the NFL. Everyone believed he had aspirations to change the world but all Spencer ever wanted to do was play football for a team that accepted him wholeheartedly. But they never would, and Spencer began to conceal all the parts that made him different.
When a terrible injury forces him to re-evaluate his life and his choices, he realizes there’s only one man who can help him.
The very first gay sports agent, Alec Mitchell has given his life and his career to making queer athletes’ dreams come true. He can’t help but think of Spencer as the one who got away—professionally and personally.
Alec thought he’d buried his desperate longing for Spencer ages ago but it turns out it was just lying dormant, waiting for the right spark. When he begs Alec to take him on as a client, everything they’ve been burying for years surfaces once again.
With Alec’s help, Spencer can change everything about his life he’s come to hate. An extraordinary future—and an undeniably extraordinary man—are waiting for him. The play has been called. All he has to do is catch the ball and score.