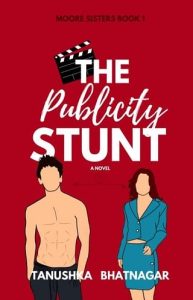 Although given the current circumstances of her job, her optimistic side is starting to lean toward glass half empty.
Working as a celebrity publicist in glitzy Manhattan, April hasn’t been able to land a new client in the past six months and is on the verge of getting fired. So when an opportunity presents itself, she has no choice but to smile and take it up. Even if it means being a publicist for an actor who’s a PR nightmare. But his Page Six scandals start looking less and less problematic, when she runs into his stunt double and her high school best friend — Hayden Parker.
Back then Hayden and April were just two love-struck teenagers obsessed with comic books and each other.
Until one fateful night when their lives fell apart.
Reunited almost a decade later, their relationship is tarnished by the heartache of what went down, but the love is still very much there.
The question is…will it be enough to not let their past ruin their present?