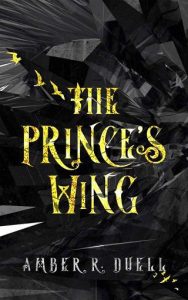 A ROYAL GUARD. A FORCED REBEL.

Lord Saer Tufaro was raised to be the prince’s Wing—the truest and most loyal personal guard a royal could ask for. He would gladly sacrifice his life to save his best friend—the future king of Eradrist—but that may be exactly what the rebels have planned.
The Red Asters were the ones to place Saer in the palace after the old king was usurped. Close to the throne and above suspicion, he was to be an invaluable tool for the cause. But a spy is only useful if his loyalties aren’t torn.
When the prince is manipulated into an arranged marriage to the former king’s bastard daughter, tension in the palace grows. The lady is as innocent as she is beautiful and would make the prince a wonderful wife. If only she didn’t make Saer’s heart race…