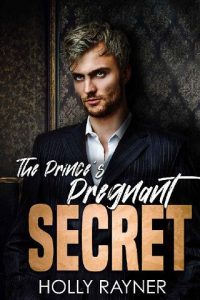 He’s been waiting his entire life to lead,
Finally, he’ll get the role he was born for.
So long as they can keep a secret…
Erik Olsen is a prince on the cusp of becoming king. The ‘people’s prince’ of Svalvall, the would-be ruler wants to shake things up and bring his tiny arctic nation onto the global stage. But with his father insistent that he follow the time-honored traditions, their relationship is more strained than ever.
When the king suggests that another member of the royal bloodline is being considered as successor, the prince knows he must play the part of unquestioning rule-follower for a little while longer. The last thing he needs is a scandal…
So when American journalist Molly tells him that their night together resulted in a pregnancy, Erik decides to go to extreme measures to prevent the news getting out.
Thinking only of what’s best for her unborn child, Molly goes along with the prince’s scheme. But complications arise as she falls deeper for the man who keeps her in a gilded cage. She knows she must protect her heart, but the most important thing to her now is their royal, scandalous, unborn baby. Can she prove to Erik that there are some things more important than the crown?