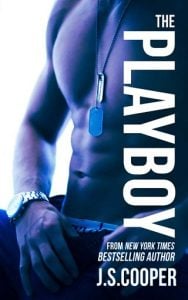 What would you do if a handsome alpha male actor wanted to spend the night with you?
A-list actor and former rock star Oracle Lion also known as Zach Houston needs no introductions. He’s the handsome playboy of Hollywood and women around the world want to be with him. Every woman it seems, except for Piper Meadows. Piper wants nothing to do with a man like Oracle. And that’s why she pretends she has no idea who he is when she first meets him. She didn’t know that would make Oracle see her as a challenge. She didn’t know that her lack of interest would lead to an offer of friendship that she would find hard to refuse.

Piper Meadows thought she knew what a man like Oracle Lion wanted. She thought she knew what a real playboy was like, but Oracle confounded all of those ideas. For, while Oracle is a playboy; he’s so much more than that. As their friendship grows more confusing, neither one of them is prepared for what happens next. As they get to know each other, they find themselves caught up in a web of hot passion, lies, and love. Then comes an explosion of secrets that are going to rock both of their worlds. They have no idea that both of their lives are about to be turned upside down.