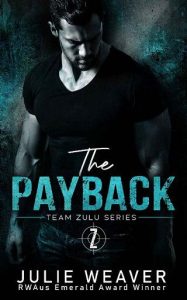 Three years ago, the Mafia murdered my first love and shattered my chance of happiness. I won’t stop searching for the gunman until justice is served, even if every step toward the killer is a step into the gaping jaws of Philly’s notorious underworld.
If only the new guy in my building, AKA Mr. Tall, Dark, and Annoyingly Alpha, would leave me and my secrets alone. My body might want him, but my head knows better. I’ve lost too much to risk giving my heart away again, especially to someone as deliciously tempting as Brandon Lewis.
When the Mob catches on to my revenge plans and delivers a deadly ultimatum, my persistent neighbor discovers we share a common enemy. Brandon might be an incredibly skilled hacker, but why isn’t he scared of taking on the most dangerous men in the city? And how does a computer geek get the body of a warrior, bullet scars and all?
Teaming up with the fierce, overprotective man next door becomes a proposition too appealing to resist. Except the more I get to know Brandon, the more I realize he’s the last person I could let pay for my foolish mistakes. If it happened again, neither of us would survive.