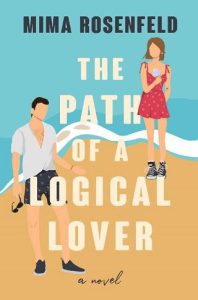 Ava Ruth Campbell doesn’t want to admit that her heart hasn’t written itself of Grant Wilder in the last fifteen months. After the last year of self-growth, of time spent healing to be the best version of herself, the last thing she wants is a reminder of that weak girl she was when Grant was in her life.
But then he unexpectedly shows up at her graduation. Then she makes a rash decision to go over to his place, drunk and messy, on her birthday. Then she overhears Grant telling his fiancé nine devastating words that split her heart wide open. Nine words that seal their fate for good.
But it’s fine, everything is fine. She’s never going to see Grant again. Until his sister, Annie, offers her a job to nanny her three children. It’s a job offer she can’t refuse, doesn’t want to refuse.
At first, it’s fine. Grant and Ava avoid each other at all costs, and it seemingly works until Annie invites Ava to join the Wilder family in Montauk for a week, spending sun-kissed days at their beach house. With the force proximity Ava and Grant are subjugated to, they are forced to interact and soon realize that friendship between them might be an option after all.
So, friends, it is. Until it becomes painfully obvious that they both want-need-more. Grant would give up everything to be with her, but that’s the problem. Will Ava be able to stand her ground in denying them a second chance together to protect Grant’s future?