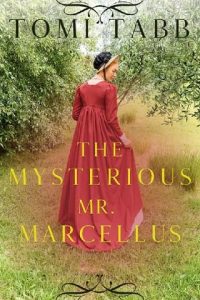 After four unsuccessful Seasons in London, Helen Davenport is aware that she is out of time. Her father cannot afford another Season. With a meager dowry and few connections, what gentlemen would have her? At the age of three and twenty, she might as well consider herself a spinster.
Yet, Helen’s father, Mr. Davenport refuses to give in so easily. After finding a way to raise the funds, Helen soon finds herself in London for one final Season.
When an accident during a morning walk through Hyde Park literally throws her into the path of a gentleman named Mr. Marcellus, Helen learns that there are some circumstances that lie beyond her control. Namely, the vile gossip of the Ton.
With her reputation called into question, Mr. Marcellus promises Helen he will do his duty as a gentleman and marry her. Except there is one problem…no one in town has ever heard of her rescuer. Just who is the mysterious Mr. Marcellus?