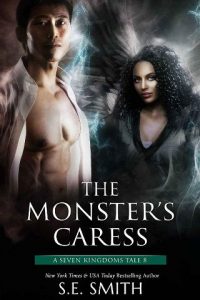 CIA agent Asahi Tanaka grew up hearing tales from his grandfather about a mysterious realm where magic and monsters are real. His quest for answers takes him back to Yachats, Oregon, his childhood home. His personal investigation of a series of disappearances leads to a break in the case, and he finds himself in a strange but eerily familiar world.
Nali, Empress of the Monsters, will do anything to protect the creatures under her care. When one of her fabled Sea Stags washes ashore grievously injured, she knows that the last of the alien organisms that came to her world has made it to her kingdom. Her search for the alien leads to an unexpected discovery—another visitor, this one from Earth!
A perilous journey to find the malevolent alien takes Nali and Asahi across the Isle of the Monsters, leading them to a discovery that changes their perceptions and makes them reexamine their place in the universe. Will the magic that sparks between these two warriors from different worlds be enough to destroy the threat, or will one have to be sacrificed to save not only the Seven Kingdoms but Earth as well?