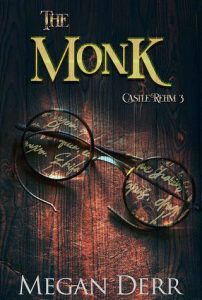 All Taniel has ever wanted was to stand out. To be more than ‘the poor orphaned boy’ and ‘so and so’s brother.’ Just once he wants to be seen as him, not defined by someone else, always an easily overlooked shadow.

He’d thought he’d found that in Vosgi, the beautiful, enchanting man he met while studying magic at a remote monastery. Together, they knew magic better than anyone, could do spells that no one else would dare even study.

Until Vosgi went too far, and Taniel was forced to turn them in—a betrayal that Vosgi has never forgiven and will exact revenge for by destroying everything Taniel cares about, one violent death at a time.

If Taniel is going to stop him, though, the price will be just as steep. Win or lose, he’s destined to end up alone, not even fit to live in his brother’s shadow, never mind stand on his own in the light.