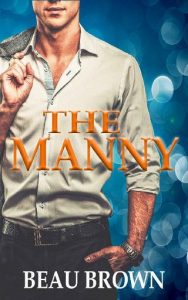 Jack Wayan keeps to himself for a reason: no one can be trusted.

In high school, Jack put his faith in the wrong people and ended up going to prison because of it. He’s done his time and has worked hard to keep his nose clean ever since. He keeps out of other people’s business and he expects the same in return.
When a family tragedy strikes, he’s forced to take in his late, estranged, sister’s five-year-old daughter. Jack doesn’t know the first thing about kids. He’s never even met his niece until now because she was raised in another state. His future plans didn’t include children, but now he’s stuck with a kid.

For the first time in a long time, he has to ask for help. Even if he could connect with his grieving niece, Mia, he lacks the desire. However, whether he wants to be close to the child or not, he’s legally responsible for her safekeeping. Since he can’t emotionally give Mia what she needs, he decides to hire a professional.
Thomas Andrews is a carefree soul who adores children and believes in helping others. He loves his job as a manny and is thrilled to help bring happiness to Mia’s world. What he doesn’t expect is to butt heads with Jack as often as he does. Jack’s cold hands-off approach to caring for Mia irks Thomas more than he can say.

But Thomas being Thomas, he can’t hold his tongue, and his criticisms don’t go over well with his new employer. What really has Thomas mystified is why he cares so much what Jack thinks, or why he feels attracted to the surly man. He knows he should just collect his generous paycheck and keep his mouth shut.

With someone as opinionated as Thomas, that’s easier said than done.