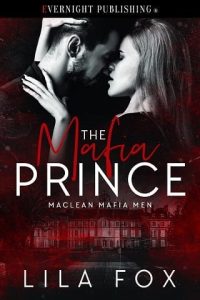 Dominic grew up knowing he would someday take over the family dynasty. He’d been raised by a woman who couldn’t have cared less for him and a bastard father. After his father disappeared, he went to see the mother who threw him away like a piece of garbage—only to find out how wrong he really was. He went from being alone to having a family of dozens.
Rebeka lived her life day by day until her cousin betrayed her and sold her to a monster. Dominic rescues her but then hurts her so badly that she might have been better off with the monster.

Dominic fell for the beauty he’d saved. The problem was he didn’t like how deeply he felt about her until something threatened to take her away from him forever.