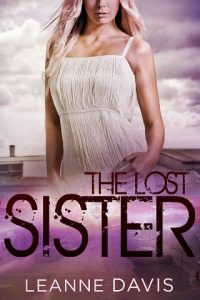 A miserable home life makes seventeen-year-old Tara Tamasy run away. Wearing just the clothes on her back, she flees her upper-crust, dysfunctional family. She is instantly drawn into the dangerous, unforgiving world of the streets, and unending hunger eventually forces Tara to turn to any means necessary to ensure her survival. Years later, she manages to escape and starts a new life, but she desperately wants to bury the memories of her former life. Concealing her history from everyone decent, Tara continues to do all that is necessary for her to survive.

Tara moves to a small town and gets a job working in a diner. That’s where she meets Fish and Wildlife Officer Ryder Kincaid and his young son, Wyatt. Instantly, she is drawn to them and soon becomes convinced there is something more between them than just friendship. It sort of resembles what a family could be.

Ryder also suffered after his wife finally disappeared leaving behind their young son for Ryder to care for all alone. He swears off all relationships after that. The only drama he has in his life comes from raising his son. But when Tara manages to penetrate his carefully guarded defense wall, Ryder can only hope he has something real and lasting with her. It seems that way until her long-lost brother finds her. Now, the very same family that sent Tara fleeing into the streets attempts to draw her back into it, mercilessly exposing her past and her secrets to the one person she would do anything to keep them from.