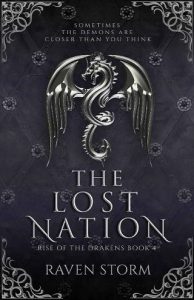 Surviving torture and certain death, Wren now faces a different challenge closer to home. She’s spent months in captivity with Thad, who appears to have embraced his half-breed status and joined up with the demons. Not only that, but he’s become their leader. How can she reconcile the male who saved her life with the one who tortured and collared her? Not to mention, her three mates hate him.
Kali is Queen of Aldur after her father’s brutal murder and mother’s subsequent suicide. Her people are in turmoil as the war has finally threatened their way of life, convinced that the only way forward is for Kali to marry and give them a king. Too bad her sights are set on a particularly fiery, red-headed pirate queen.
Xana had finally been rescued from the demon fortress, only to find out that freedom isn’t exactly what it was all cracked up to be. Her unmated status has the males on the island threatening her safety and sanity, and the other rescued females won’t hear any talk of leaving their safe, warded homes.
War is here, and the only way forward is together–or not at all.