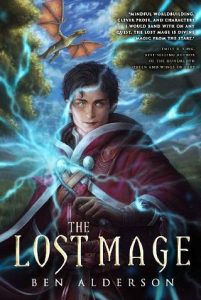 A Mad Queen. A host of ancient dragons. A jealous heir.

Maximus Wodlin hated magic. Long before it erupted from him, killing the son of Master Gathrax and altering the course of his life forever.
Over 100 years had passed since the War of the Wood, when the northern army swept across land and killed the four ruling mages. Eradicating their ties to magic and leaving their vengeful families to rule.
But now one had returned. With Maximus’s palm branded by a mage mark, there is no escaping the crime he committed or the truth of what he is.
Instead of death at the hands of his Master’s grieving family, Maximus’s newfound power is controlled by them. Forced to become the son he killed and live as a false heir, to restore the dwindling legacy of the Gathrax Estate.
As Maximus struggles to discern allies from enemies, the Mad Queen watches from the North. Trusting is impossible when motives are invisible to him… even if they are shrouded within a handsome stranger.