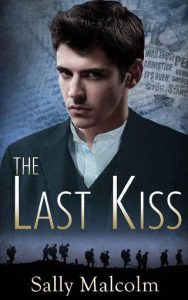 When Captain Ashleigh Dalton went to war in 1914, he never expected to fall in love. Yet, over three long years at the front, his dashing batman, Private West, became his reason for fighting—and his reason for living.
For Harry West, an ostler from London’s East End, it was love at first sight when he met complex, compassionate Captain Dalton. Harry knew their friendship wouldn’t survive in the class-bound world back home, but in the trenches there was no point in worrying about tomorrow…
Now, gravely wounded, Ash has been evacuated home to Highcliffe House, his father’s Hampshire estate. Bereft of Harry, angry and alone, Ash struggles to fit into the unchanging world he left behind. Meanwhile, Harry, broken-hearted, doubts he’ll ever see his beloved captain again.
But when the guns fall silent and Harry finds himself adrift in London, a desperate hope carries him to Highcliffe House in search of work—and of the officer he can’t forget…