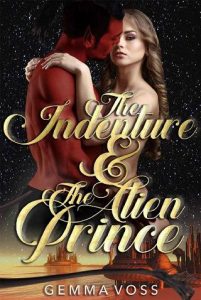 I’m a nobody. I was sure that I could make it through this indenture without being noticed, but a mysterious alien tells me he wants me for his mate. The question is … Who is he?

As the crown prince of a neutral planetary system, Zade knows it’s best to be wary of diplomatic gifts. The Alliance Ambassador has hand-picked a selection of entertaining females from a new colony called Earth in the hopes of gaining his favor. Still, Zade will have to appear impartial while the other males have their fun with his indentures. But, when he sees one particularly enticing human, he can’t help but wonder if she is the mate he’s been dreaming of. Afraid his controlling mother will chase her away, Zade decides to pursue her in secret, without revealing his true identity.