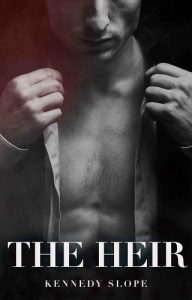 All that glitters is not gold, and sometimes the bad boy is deadlier than you think.

In the city that never sleeps, the children of the ultra-wealthy are desperate to feel, and Luca Blanchi is no different.
Luca is a god. Handsome, wealthy, and just dangerous enough to arouse your…curiosity.
Ingrid Wright is a good girl. The politician’s perfect, pristine daughter. With straight-A’s and old money to burn, she’s completely in control of her future. At least, she thinks so.
One mistake thrusts Ingrid into Luca’s path, unearthing family secrets that should have stayed hidden and introduces her to the dark underbelly of New York’s wealthy elite.

Will Ingrid survive Luca’s darkness or will he sucumb to her light?