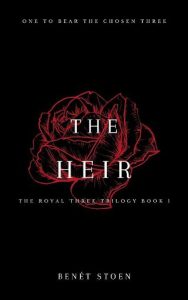 Three rulers.
Two sides.
One plot for revenge.
Welcome to the Kingdom of Lavdia.

In a village all but forgotten by the country’s rulers, Finn leads two lives. One of a simple country doctor, and the other of a smuggler with cargo of a rare variety: Wielders, a nearly extinct race of people born with the ability to control Magic. With their rights being threatened by the very people in power meant to protect them, the Wielders see Finn as their last chance for a better life. But when Finn is abducted and blackmailed into the service of a vengeful royal, his loyalty, and his heart, will be put to the ultimate test.
On a throne miles away, Andromeda, selected at birth to inherit the role of Mother Queen and continue her family’s royal line, has waited years for her chance to exact revenge on those who stole her freedom and tore her family apart. But she can’t do it alone. With the help of a handsome and intriguing young doctor, she will right the wrongs committed against her, and forge a path of a most gloriously scarlet retribution.
With the fate of their kingdom hanging in the balance, these two unlikely allies must navigate an intricate web of political rivalries and long-buried secrets in order to achieve their goals. But as hidden plots unfold and the true rot at the heart of the country is revealed, what starts as a quest for justice spirals into a desperate game of survival.