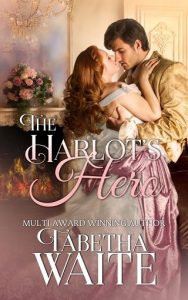 Persephone Welton is the daughter of an acknowledged courtesan. As she prepares herself for her virginity auction, she nearly finds herself in the clutches of a libertine who is known for his cruelty. But an unlikely hero saves the day. The moment she spies the Duke of Falcourt, Persephone is infatuated. She wants to be his lover in truth, but he has vowed off any sort of physical intimacy until he brings down the man responsible for his sister’s brutal attack.

Hunter Bennett is attracted to the lovely harlot with the red-gold hair, but he isn’t some sadistic monster intent on debauching such a young girl. However, neither does he wish for her to suffer a whore’s fate, so he sets her up as his mistress, where he then chases his nemesis to India where he spends the next five years gathering evidence to put him away. When he returns, he finds that Persephone has turned into a beautiful woman whom he wants to keep as his own. But trials and challenges along the way test the strength of their love.

Will it be enough to withstand the storm?