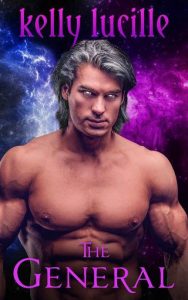 General Tolis Smoke grew up in the military minded Order of Intergalactic Peace. The military order, along with the two men he called brothers, the only constants in his life.
Only what happens when he finds out the cause he dedicated his life for, that he fought, bled and killed for is not the benevolent leadership he believed them to be?
The General has never considered himself a hero but finding out he just might be one of the villains is going to take some getting used to, if he and his brothers survive long enough.
Sent on a mission his strategy powers are telling him is a trap he is tasked with finding a rebel in hiding. Instead he finds a mysterious woman with carnal lips, fierce will, and a past shrouded in tragedy. A past that intersects with his own.
Now he has a new cause and the OIP is about to find out the hard way what happens when The General has something truly worth fighting for.