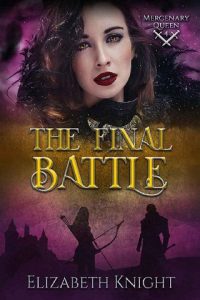 Attacked on the eve of her coronation by the Lost King’s crazed dragon, Cassarah is left reeling.

Dealing with the destruction to the castle and having almost lost her life, along with Vasin, has her wondering if they will ever be able to defeat this mad man. Her guardians rally around her along with a few others, surprising Cassarah when she thought that door had been closed.
Pressing forward, Cassarah is finally crowned the Dragon Queen ruler of Sheca and all its people. With the magic of the lands tied to the Dragon Throne fueling her Birthright to new levels, Cassarah becomes an even bigger threat to the Lost King. Battles begin in the shadows as Cassarah learns that the Lost King is hiding something important in Creisal.
Thanks to the newly formed alliance with their king, Cassarah and her most trusted companions leave the safety of Sheca to face the war that is coming. Armed with determination, dragons, and the knowledge that she is the last defense to protect her world, Cassarah will do whatever it takes to end this once and for all.
This will be the last battle, and to the winner goes the spoils.