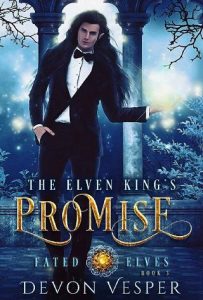 A carefully forged peace is threatened by unforeseen danger.

The prospect of going to college terrifies Dustin, and he balks at using Casersis’s money to do it. Along with his normal, human insecurities, Dustin is beside himself between going to therapy to deal with changing species and worrying about his omega’s upcoming heat. But Dustin is unprepared for the new twist when he accidentally soulbonds with an enemy. Erastus is crazed to get Dustin away from Casersis and will stop at nothing to get his way.
Casersis is trying his hardest to put Dustin’s mind at ease, despite not understanding the very human hang-ups getting between them. But when his public relations officer attacks him, Casersis’s worries shift from Dustin to those trying to hurt him and his alpha.
With his mate distracted, Dustin’s new soulbond could cost his relationship with Casersis. Or—even worse—his life.