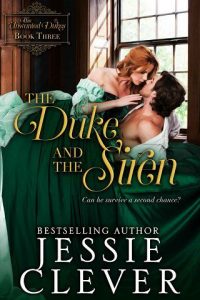 Lady Vivianna Darby was considered a smashing success by society’s standards. After all, she landed Ryder Maxen, the coveted Duke of Margate, in her first season out. Wildly in love, Viv believed herself lucky to have escaped the cold marriages common amongst the ton.

Until she found her husband in bed with an opera singer.
Now four years later, Viv is determined to save her sisters from the same fate until Viv’s phaeton-racing husband suffers a deadly accident, and she’s forced by duty to go to his deathbed. Preparing herself for widowhood, she realizes she’ll soon be free of the empty marriage she’s been trapped in. But what will she do if he lives?