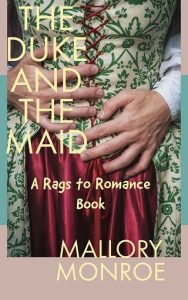 William Herbert Thornbeck, the sixth Duke of Duncaster, had given up all hope of ever falling in love with anyone. After being used and abused for his money, position, and power by countless gold-digging women of the British ton, he became a hard-hearted man who decided to live out his days handling his enormous English estate, and to use women as nothing more than objects of his sexual gratification rather than any real affection.

Until he met Ann.

Angelica “Ann” Cumberbatch was a black girl in a harsh white world who grew up into a feisty young lady determined to depend on no-one but herself. When she is told to journey to Duncaster to work as a lady’s maid to a woman desperate to marry herself a duke, it is Angelica who becomes the unlikely object of the Duke’s affections, and it is the Duke who shows Angelica what love not only feels like, but acts like.