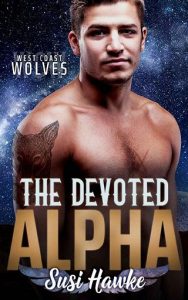 An awkward, traumatized omega and a patient alpha determined to court him properly… fate has a way of righting old wrongs.

Stolen from his mother’s arms and reported stillborn at birth, Tom spent nearly twenty-one years in structured captivity with other stolen omegas. His brothers. A dozen omegas, each with a secret superpower, who now must learn a whole new skill—how to thrive in a modern world.

Not every brother emerged from their past unscathed, and Tom had the worst of it. His key to survival was a healthy respect for rules. Now that he’s free, he’s still a little bit obsessive and a whole lot compulsive. He’s got anxiety, fear of change… and a list of plans for his future.

None of which involved finding a fated mate.

But if they had? His plans definitely wouldn’t have been to meet his dream alpha while smelling of afterbirth and the blood of an enemy killed in defense of his pregnant brother—the same brother whose child he then had to deliver… post-shift and naked.

If he’d been planning, if he’d made a list and checked it twice, Tom never could’ve designed an alpha more perfectly devoted than the delicious one fate put in front of him during one of the craziest days of his life… an alpha so patient, he insists on courting the skittish omega.