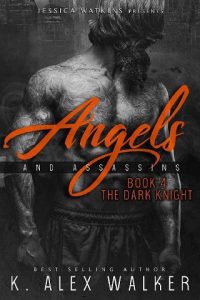 Giorgio Pozza is known by many names—beast, monster, grim reaper. Born in secret and hidden within the forests of Russia, he was trained to kill. Raised to kill. Death and destruction are virtually the only things he has ever known or cared for…until he meets Mo.
Mo is warm and affectionate. She’s also a contract killer. Disguised as an exotic dancer, she infiltrates a clandestine, underground Russian strip club in search of the target of her newest kill order—billionaire heir and prodigal son, Mischa Ivanovich.
While onstage, Mo scopes out the club and notices only three other bounty hunters present, and it’s three she knows she can easily overpower. At least, if they are foolish enough to get in her way. But when she gets close enough to Mischa to stick her blade into his neck, she realizes her mistake. There was one more, lurking in the shadows, and it’s the man whose name reverberates fear.