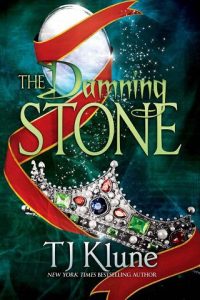 A year has passed since the Dark Wizard Myrin attempted to take control of the Kingdom of Verania. Though the scars of the final battle remain, Veranians have come together in unity in order to rebuild. Good King Anthony sits on the throne once more, with Morgan of Shadows at his side.
However, a king is not immortal. One day, Anthony will step down, paving the way for his son, Grand Prince Justin, to assume the throne.
And Justin wants anything but.
Unfortunately for him, he finds himself with bigger things to worry about than just becoming the ruler of a country. At the celebration of the might of Verania and its people, a delegation arrives, led by a man who calls himself a magician. This man represents the King of Yennbridge, who has come to claim what was promised to him years before: the hand of the firstborn son of the King and Queen of Verania.
With his ridiculous friends at his side—Sam, Ryan, Kevin, Gary and Tiggy—Justin sets out to make the visiting king’s life a living hell. Which, of course, backfires spectacularly, and when the dust settles, Justin finds his friends changed in ways he can’t expect, leaving him standing alone.
Except he’s not as alone as he thinks, given the King of Yennbridge will do anything to prove he’s worthy of the frozen heart of the Ice Prince.
Prince Justin has finally met his match.
Let the games begin.