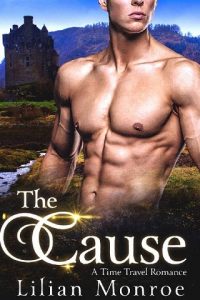 When American tourist Chloe Walsh lands in the middle of the Irish struggle for independence in 1916, the last thing on her mind is love. With the rebellion only two days away, she has to figure out how to get herself back to the twenty-first century before she’s killed in the crossfire. But when she meets Ciaran, she’s thrust into the heart of the battle and has no choice but to stand and fight.
Irish rebel Ciaran Byrne is reeling from heartbreak after heartbreak. He’s ready to leave it all on the battlefield, including his life…until he meets Chloe. She’s stunning and fearless, and she awakens something that Ciaran thought was long dead: his heart.

Suddenly, Irish independence becomes a cause he wants to live for, not die for. As the war is waged in the streets of Dublin, will he fight–and die–for his country, or will he open himself up once more to love?