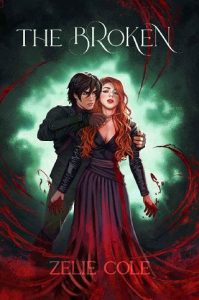 Cursa Dram exists for one thing and one thing only: to take life. Born into the struggling remains of a decimated tribe, he was still a child when people stopped using his name, when they began to refer to him as Death itself. He was nine years old when the world presumed he had no heart, and he was fifteen on the day that presumption became true. Since then, all his dreams have been of violence. The mage who laid waste to Cursa Dram’s people has long been dead, but his legacy lives on, in his daughter. The queen of Medarrha is vile and bloodless, her cruelty unmatched. She is the only monster alive that might claim to be Cursa Dram’s equal. Indeed, she may prove to be the only creature that he cannot fight, and yet—of all creatures living, she is the one that most deserves to be destroyed.
Isobel exists for one thing and one thing only: to give life. As queen, it is her destiny to create new life, to give birth to the next king—the next war mage. And yet, for seven years, she has failed. Even the life she gives of her hands, the healing magic she was born with, does not function without a terrible price. No one in Isobel’s kingdom knows the monster she really is. In all the world, there is not a soul who understands just how richly the queen of Medarrha deserves to be destroyed.