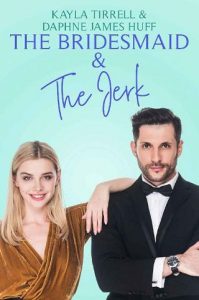 It’s lights, cameras and action at the Emerald Inn!
After years as a struggling actress, Sienna Hudson finally gets a leading role in a television series. Too bad it’s a reality show for her sister’s wedding. Once filming starts, Sienna decides to use Wedding Games to catch the eye of the show’s producer and launch her career to the next level.
Fox Wilson learned the harsh realities of being in the spotlight when he was young, and has avoided it ever since. But when his best friend plans a reality show wedding and asks him to be his best man, he reluctantly agrees.
When Fox and Sienna are pitted against each other in every competition, tensions run high, and attractions run higher.
Can Fox and Sienna see past the reality show drama and take a chance on love? Or will one of them end up getting played?