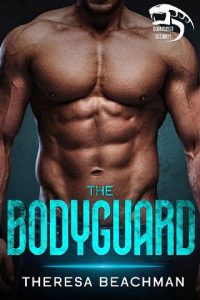 A determined Forensic Investigator and rugged former Special Forces protector collide on a deadly mission to the bottom of the Arctic Ocean.

After surviving her father’s murder, Forensic Investigator Bea Kingston finds absolution in her work. Tasked with the recovery of evidence from a downed submarine in the Arctic Ocean, she will leave no stone unturned to discover the truth. But as corrupt forces thwart the retrieval and her safety at every step, she reluctantly accepts protection in the form of a handsome six-foot-plus protector who rubs her up the wrong way.
Born protector, Eli Bychkov gave up his career in Special Forces to establish Guardsmen Security with his brothers. Now, he throws everything he has into his business to distract himself from the shadows of his past. Hired to protect the investigation, he repeatedly clashes with the forensic team’s lead, the headstrong and prickly Bea Kingston. But he can’t deny he’s fiercely attracted to the smart scientist and what she’s hiding under her tough exterior.
As the search for answers takes them on a perilous hunt across Russia, to a town that doesn’t officially exist, they uncover more questions about the secretive Raptor Industries and a clandestine program that was supposedly terminated years ago.
Eli will need to dig deep to protect the brilliant investigator as they hunt down their common enemy, but the more time he spends with Bea, the greater the incendiary attraction between them. And with danger around every corner, Eli will face an impossible choice—between his search for the truth and keeping the woman he’s falling for alive.