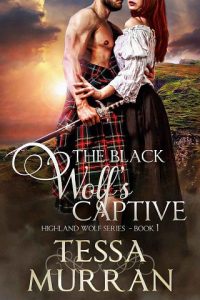 War has brought them together…

Free spirited Ailsa MacLeod rebels against the prospect of an arranged marriage. In the constantly shifting world of clan conflicts she knows it will bring an important alliance for her clan but she strives to be mistress of her own destiny. A brutal clan war brings upheaval and uncertainty into her world and Ailsa finds herself humiliated and at the mercy of wild and handsome rival clansman Duncan Campbell, who would bend her to his will and claim her for his own. Ailsa must pretend to submit to him as she fights to win her freedom. But can her growing attraction to him be conquered and does danger still lurk where she least expects it.

Duncan Campbell is a fierce, forbidding man with a dark and troubled past. A consummate survivor he moves in a world of intrigue and violence and when the Highlands explode into armed conflict he suddenly finds himself in possession of the spoils of war, defiant beauty Ailsa MacLeod, who utterly hates him. Duncan must do battle once more against the hunger that starts to grow in him. Does he want to protect her or possess her? Either way she is his to do with as he pleases though a bitter upbringing and the brutality of the life he is forced to lead have long since closed his heart to the fairer sex. But as he forces her into submission he begins to realise that love is something earned not taken and if he is to hold this prize he must fight one last battle against enemies who would tear down everything he holds dear.