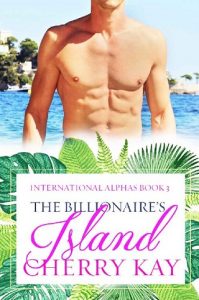 The mystery surrounding young billionaire David James Pierce was immense. Nobody had even seen pictures of the entrepreneur since he left Silicon Valley in the midst of a shocking scandal, let alone seen him.
So when young journalist Caryn began writing about the reclusive billionaire, the last thing she expected to get was a one on one interview.

He invited her to stay with him on his private island somewhere in the middle of the Pacific ocean. This was to be the most personal interview he had ever done and it was an invitation that Caryn could not decline.
However, once she arrived on the island and met David in person she found she was in for a big shock. He was the most handsome man she had ever seen but that was only the beginning of the surprises that were in store for her….