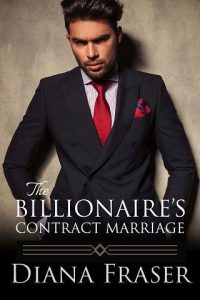 A hard-hearted billionaire, a secret heiress, bound together in a marriage neither wants.

Sebastian Richmond returns to England to take over the estate he’s inherited after his father dies, only to find his tyrannical father has played one last trick on him—he has to marry to inherit. And not just anyone. He has to marry the daughter of his father’s mistress. With a heart hardened by his cruel upbringing, Sebastian never had any intention of marrying. But now, it seems, he has no choice.
Indra Anand was seventeen when her mother became Charles Richmond’s mistress. Indra grew to love her step-father who doted on both her and her mother. He taught her how to manage the estate but she’d never imagined she’d inherit it. And she certainly never imagined he would be so cruel as to insist on marriage to the infamous Sebastian—his ruthless eldest son.
But Sebastian will do whatever it takes to inherit the estate which had belonged to his beloved mother’s family. Besides, marriages don’t last forever—do they?