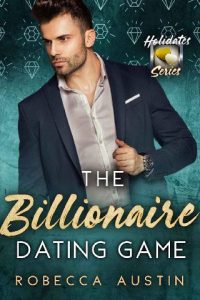 When Candice Harper walked into his life, she looked like a million bucks.

And sexy as hell.
But she was not the woman he’d hired to enact revenge against his ex. She was even better.
She just wanted to graduate.
One night of pretense in exchange for tuition. That was how Candice’s ill best friend convinced her to swap places on a Holidates dating App.
She was unprepared for the devastating effect billionaire Alexei Popova had on her. The cruel glimpses she caught of him as he dished out his vengeance against his ex didn’t stop her from desiring a repeat of their scorching kiss.
But he wasn’t a man to toy with. When the night was over, she was glad to be done with their fake date.
For self-preservation.
Except, the joke was on her. Their contract wasn’t for one night, but an entire summer.