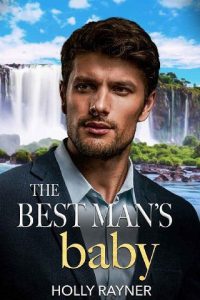 He’s her brother’s effortlessly charming best friend, and his best man.
Ten years ago, her brother warned her to stay well away from him,
And now, she’s having the best man’s baby!

Cara Long is a true romantic, a wedding planner who sincerely believes in love and happy-after-afters, but this wedding might just be the end of her. Having offered her services to her brother and his fiancée, she’s mortified when she realizes that it’s going to mean a lot of time working up close with the gorgeous Argentinian who stole her breath away ten years earlier: her brother’s best friend.

Benjamin Pérez is now her brother’s best man, and he clearly hasn’t forgotten about her either—he’s also as much of a playboy as he was when they first met. Confident that they aren’t going to be able to work together with so much tension between them, the two agree to a one-night-only arrangement…

Fate has other ideas, though, and Cara soon learns that she’s expecting his baby!

Benjamin offers her a get-out – the chance to hide out from her brother and his fiancée-turned-bridezilla, stay with him on his vineyard in Argentina, and plan the wedding of the century. However, problems soon arise as Cara realizes she has fallen for the father of her child, the man who has just restated his lifelong inability to commit…