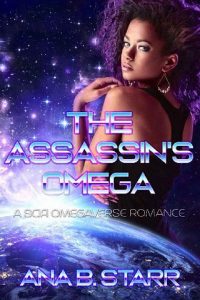 The Assassin’s Omega by Ana B. Starr – Free eBooks Download

Valentina and Leo are rare. Not only are they twins, but human Omegas as well. When a galactic crime lord collecting a debt discovers them, the siblings find themselves enslaved and forced to work under the watchful eye of their alien master. Their abilities as Omegas are exploited for profit until they find an unlikely rescuer in a strange Alpha, who claims Valentina is his mate.
Cyprias is an assassin tasked with a kill on the space station Ondu. With undisputed skill and a high body count, he expected this assignment to be an easy one. But he finds this hunk of metal in space harbors more than just a job. Hidden away in a seedy club is his Omega, and he will stop at nothing to protect her.